Boundaries – 3 Reasons Why It’s So Hard to Say “NO” 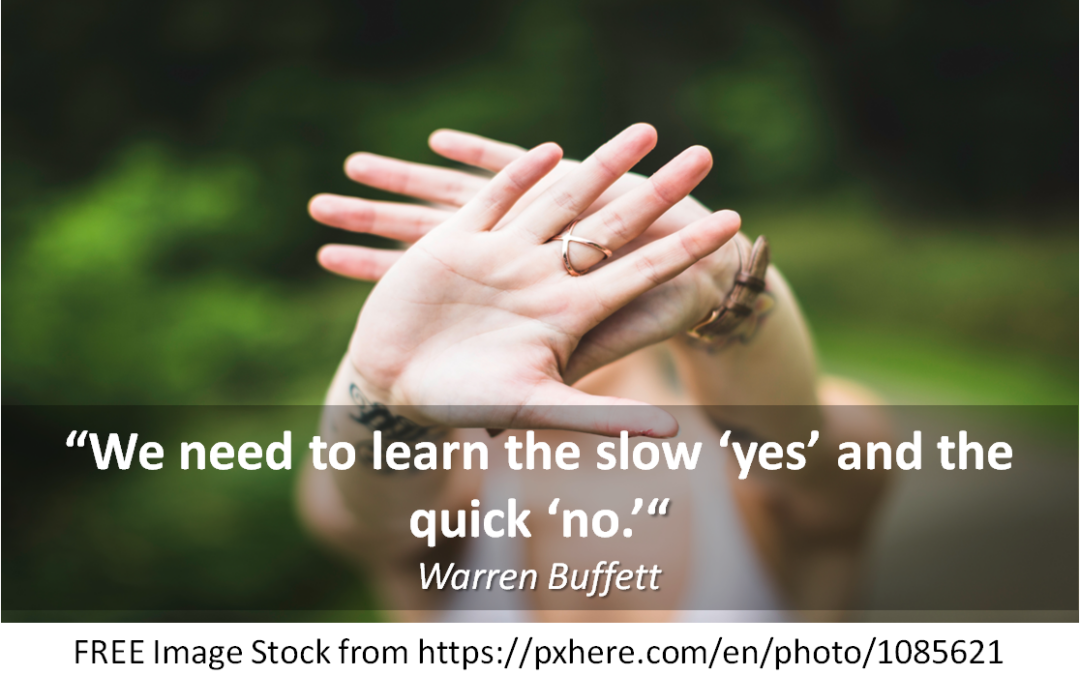 Boundaries – 3 Reasons Why It’s So Hard to Say “NO”

Sometimes, I have a hard time saying no. Perhaps you do too. This problem is more common than we think, especially for those who are empathetic or nurturing. We just hate the thought of hurting someone else’s feelings.

You don’t want to let anyone down.

This is probably the #1 reason why you say yes, when you really want to say no. You’re afraid that if you say no, you’ll let the other person down; they’ll be disappointed in you and never forgive you. In addition, you may fear that they may consequently reject you.

The truth is if you say “yes” when you really want to say “no”, you’re being dishonest with yourself and the other person. Dishonesty always leads to disappointment and contempt. So, if you don’t feel comfortable to tell someone how you truly feel, perhaps that person doesn’t belong in your circle.

No one likes to hear no, but if someone rejects you for saying no to them, then you’re better off without them. (I should add here that if this is a family member, it may be a little more complicated but that’s a whole other article.)

You’re slightly afraid that you’ll be seen as someone who’s difficult to get along with; someone who doesn’t play well with others.

Many times assertive women are accused of being “difficult”, “High Maintenance” and dare I say it, “a Diva”. The fact is saying no does not make you a difficult person. In actuality, it makes it easier for people to interact with you because they will always know where you stand.

Besides, people will think and believe whatever they want regardless of what you do. So you might as well be true to yourself and say “no”.

You fail to recognize the extent of the commitment.

I have been guilty of this one many times. Because I naturally have a “can do” attitude, I sometimes say “yes” prematurely just because I’m so excited to get started. Then later when I realize the level of commitment required, I get overwhelmed and stressed out.

To help me in this area, I now have a rule. Before saying yes to something new, I must consult with an advisor about it and must sleep on it. It’s amazing how things can seem totally different after a good night’s sleep. So if you have the same issue, I recommend coming up with a similar rule.

Saying “yes” when you really want to say “no” can build resentment in your relationships and ultimately destroy trust. Whether at work or at home, it’s best to be honest with yourself and with others and let your “yes” be yes and your “no” be no.

Next week, I will give you 5 helpful tips for on how to say “no”. Until then, remember the great quote by Shakespeare:

“…to thine own self be true”

Are you a people pleaser?

If you are ready for change, we’d like to invite you to join our mastermind group and get the peer support you need to find the work-life satisfaction you deserve.